The US has always provided a special market for the Porsche 911. From race cars to production cars, the history of 911s coming to the States goes as far back as the birth of the marque itself.

Indeed, Porsche even changed their body design to cater for US markets with the introduction of impact bumpers on G-series models in 1974. 911s have always been predominantly prevalent in California’s Golden State – Los Angeles in particular – and specialty shops and dealers are in abundance.

Old or new, it doesn’t matter: if you’re looking for something Porsche, or indeed something special, your chances of finding it in this part of the world are high.

It’s little wonder, then, that this is also the place where you’ll find the planet’s largest Porsche salvage, scrap and breakers premises, aptly named the Los Angeles Dismantler.

Located in the city of Sun Valley, Magnus Walker and I were invited by the Dismantler team to catch a glimpse of what happens behind the borders of their well-protected facility north of LA.

We arrived early in the afternoon, and after a quick phone call to employee Neil, who was going to give us the tour, he came to open up the large gate to let us in. As soon as we stepped inside, the first thing we were greeted with was an Eighties yellow 930, which by all accounts actually looked in great condition. Neil then points out the car has arrived at the LA Dismantler after the engine was destroyed in a fire, but agrees the bodywork still holds up. A fine basis for an interesting project car, perhaps?

Elsewhere, older and newer 911s, as well as Boxsters, Caymans and Cayennes, were stacked high in storage racks around the place. It’s clear to see business is thriving.

Originally starting life as a Honda-specific yard about 30 years ago, dismantling was more of a hobby before eventually turning into a full-time job here. Then, 15 years ago, the owner of the LA Dismantler got more and more serious about Porsches and Porsche parts, opening up another small shop, which promptly became too small.

A move to the current location only seven years ago has since helped the LA Dismantler grow into a thriving Porsche parts business – so much so that the guys are also making use of two extra warehouses a few miles away from these headquarters.

That’s quite a lot of Porsches, then, when you consider that this warehouse stores 300 salvaged cars alone! According to LA Dismantler employee Caleb, the other two storage units are stacked with cars and parts to its maximum capacity, too.

All three warehouses carry the same era of cars and parts, meaning the LA Dismantler specialises in Porsches ranging from the early Eighties right up to today’s latest variants. 911s preceding the Eighties are generally hard to come by here, as the 30-odd year old parts are too worn for the LA Dismantlers to feasibly sell on. At the time of our visit, there were five employees working inside the workshop, dismantling various mangled Porsches and storing the parts in the devoted storage racks according to categories.

In the office, there were another five men who specialise in selling salvaged Porsche spare parts to clients around the world. Neil told us people ordered from as far away as Japan, Singapore, Europe and even Australia.

Incredibly, a lot of stuff is even going back to Germany. Phone calls are constant in the office, and it’s here you get a real sense of the enormity of the business. Porsche owners need Porsche parts, afterall.

Since Porsche tends to keep its engines and transmissions safely tucked away from the frontal impact zone most often involved in crashes, there’s frequently a lot of valuable components here still in perfect condition. As such, engines are by far the most popular parts being sold, with transmissions a solid second.

Air-cooled motors are regularly being sold, and these often go in 911 hot rods and backdate projects. Water-cooled engines, however, are often used to fix up newer Porsches which have been in an accident where the engine was badly damaged, or where a severe engine problem was found.

Incredibly, at least one engine a day is sold here, but the amount of time a car or its parts will spend in the Dismantler’s storage rack depends mostly on the extent of the damage to the car when it came in. Some will only be there for two weeks, while others have been sitting in storage for up to five years. When it comes to actually buying in 911 stock, the team often goes through auction websites from insurance companies, but before they do they always make sure to buy every car with a clean title and VIN and check the seller’s ID, because they want to know where the seller comes from.

It’s mandatory, not only for their own purposes, but also because they get periodical visits from the DMV, who do random checkups on vehicle identification numbers.

Here’s how the process works: if the Dismantler has a customer in Japan who is looking for a GT2 gearbox, the guys try to find a crashed GT2, buy it, take it apart and sell the gearbox to their client.

The rest of the car gets parted out, and all these bits go on the LA Dismantler webshop. Neil tells us that they sell to a lot of race teams as well, who are mainly looking for 911s which can be rebuilt as race cars.

Interestingly, ‘hybrid guys’, as Neil calls them (those who put LS1 V8s in their Porsches), are also becoming rather popular customers of late.

For purists, the concept of a Porsche breakers may well take some getting used to, but for those who like to actively play with their 911s, this supercar graveyard can, in fact, become heaven on Earth. 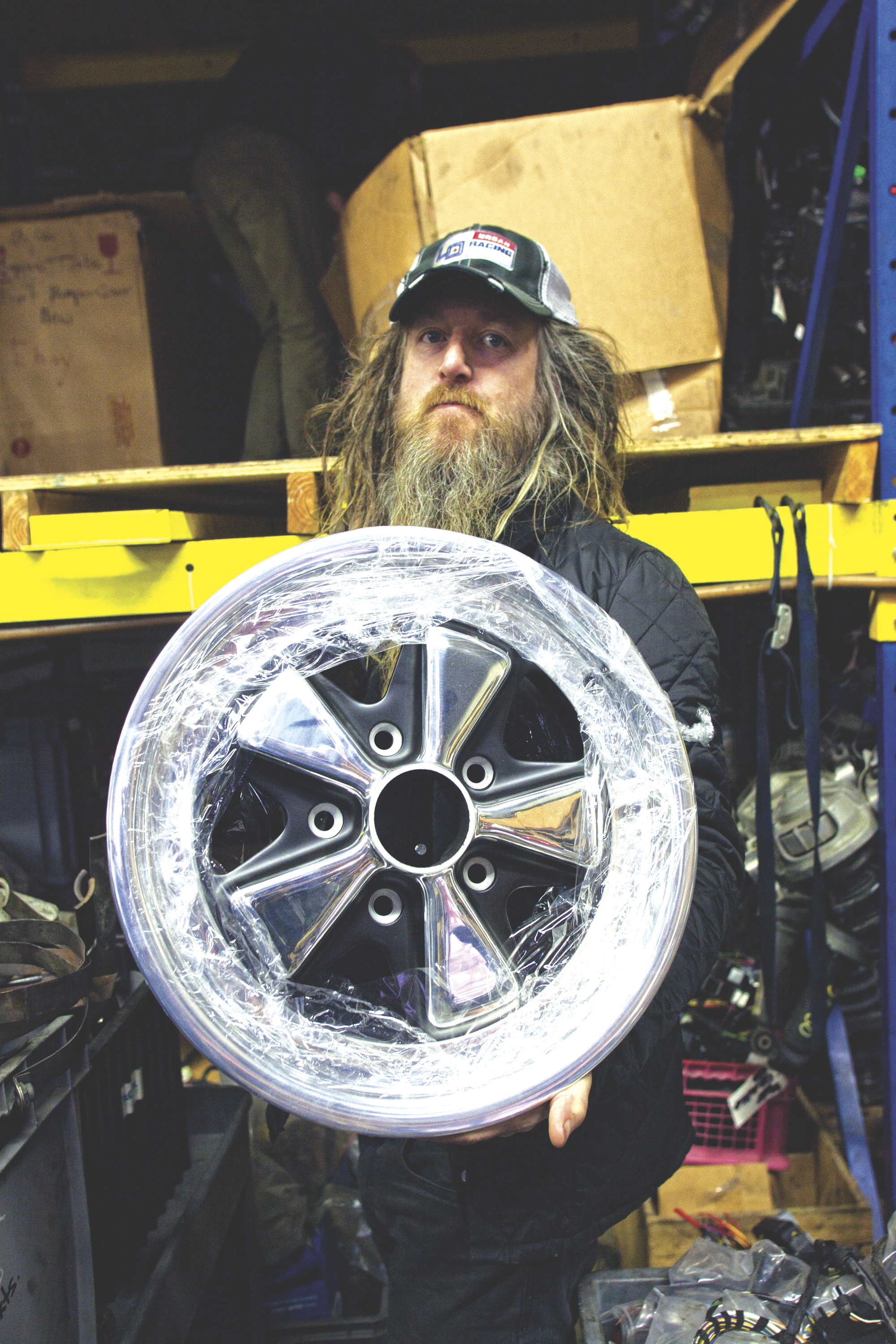 Even as we walk around, a feeling akin to a kid in a candy store constantly springs to mind. The lure of premium parts at close hand even proved too much for Magnus, who used his eagle eyes to hunt down a beautiful set of old Fuchs wheels on a storage rack at the back of the shop.

As you can see, there’s only one place you should consider calling the next time you’re looking for that hard-to-find Porsche part, where an LA Dismantler will be there ready to answer you.