The world of Porsche is filled with all kinds of names, terms and abbreviations and it’s hard for even a passionate enthusiast to remember them all. That’s why we’ve put together the following. If you find anything amiss or have anything to add, don’t hesitate to give us a shout.

Boxster
The name for the new open top model in the 1990's was created simply from the BOXer engine and roadSTER body it utilised.

Cayenne
Cayenne is the name given to the SUV launched for the 2002 model year. The name has multiple meanings: the capital of French Guiana is called Cayenne and so is the famous pepper.
Carrera
Carrera is a spanish word and stands for “race”. Porsche started using the name on the 356 series, to show homage to Carrera Panamericana, a border-to-border race held in Mexico from 1950 to 1954. The Carrera name has been added to many racing and race-ready models since 1955: the 356, 904, 906, 911 up to 1977 and the 924. In 1984, with the 911 G-model being in production for a decade already, Porsche's marketing department started using the Carrera name for a basic model to boost sales. The name was also used for the Carrera GT supercar.

Macan
Macan means ”tiger” in both Indonesian and Malaysian languages. In addition, in Serbo-Croatian the very close form of màcan is used for a tomcat. Macan is the final name for the smaller SUV, originally rumored to be the ”Cajun“.

Panamera
The word doesn’t mean anything specific and is derived from Panamericana, a highway system where the Carrera Panamericana road race took place.
PASM
Porsche Active Suspension Management. The shock absorbers have electrically adjustable valves in them making it possible to control the amount of oil moving from compartment to compartment and this way making it possible to change the stiffness of the absorbers.

PASM© Porsche
PCCB
Porsche Ceramic Composite Brakes. A ceramic brake technology, introduced in IAA Frankfurt 2001 as a standard equipment for the 996 GT2. PCCB disc is made from a carbon fibre/ceramic compound that is silicated in a high-vacuum process, resulting in a disc that is considerably lighter and theoretically more resistant to temperature. PCCB discs are quite fragile though, even a small stone can damage the disc.
PDK
Porsche Doppelkupplung getriebe in German, it means a Porsche double clutch gearbox. Its mechanics are more similar to the construction of a manual gearbox, but as it is electromechanically actuated, it is an automatic gearbox for the driver. PDK is a development of the 1980's and Porsche used it first time in 1984 in a 956 racing car and even in a 944 Turbo prototype, but the idea was put on shelves. Dual-clutch gearboxes are not Porsche's invention, the idea is actually from the time before WWII. In 1985 Ferdinand Piëch's Audi S1 rallycar also used this tehnology. The technology of a dual clutch gearbox is actually quite simple and surely ingenius - imagine two gearboxes with both having its own clutch put together in one housing. The power is shifted from one clutch to the other as needed. For example, one gearbox has gears for speeds 1-3-5-7 and the other for speeds 2-4-6. Now imagine you run on first gear, the second gear is already chosen and the gearchange is actually a clutch-change. While the 1st gear is declutched it engages 3rd gear and waits for the clutch change from the other gearbox which is running with the 2nd gear engaged. Porsche introduced the PDK for its series production cars in 2008 for the 9x7.2 cars. The gearchanges are very quick, but like an automatic gearbox, it kills the driving fun and acts unpredictably in fast corners.

In 1983 a PDK gearbox was tested in the 956 racing car. It had 5 gears, 3 for one clutch and 2 for the other© Porsche
PSM
Porsche Stability Management. Developed as a safety measure for the less skilled drivers. First introduced for the Boxster in 1996. As the button reads "PSM OFF", the afficionados called it the "Please Switch Me Off"-button.

RS
RS stands for Rennsport, German for “racing”. The first car to bear the letters was the 1973 911 Carrera RS. As the Carrera means Racing in Spanish and RS means Racing in German, the 1973 car can be called 911 Racing Racing in English. How would you translate the evolution model, the 911 Carrera RSR into English?
RSR
Even further developed racing car compared to the RS.

SC
SC was the final version of the 356 C. It meant Super C. What does it mean for the 911, is sort of unclear. Some think it means Super Carrera, but it surely isn't true as the pre-1978 911 Carreras were more powerful than the 911 SC introduced for 1978. We believe the 911 SC was meant as the final evolution of the 911, like was the SC for the 356. The 928, which was created to replace 911, didn't succeed in that task and so the 911 SC wasn't the last 911 as initially planned.
Sportomatic
Sportomatic was a manual gearbox that used automatic clutch function and therefore didn't have the clutch pedal. For smooth take-offs the unit was equipped with hydraulic torque converter used in automatic gearboxes. When it was time to change the gear, a pressure on the gear stick connected an electrical contact, which initiated the vacuum operated actuation of the on/off clutch mechanism. The 4 -speed sportomatic was first available for the 911 in June 1967 and later also offered for the 914/6. From model year 1976 the sportomatic had only 3 gears.

Sportomatic=regular gear stick but no clutch pedal© Porsche
Spyder
Spider phaeton was originally a lightweight horse carriage. Auto manufacturers adapted the word for lightweight open top racing cars. While Italian automakers use Spider, Porsche has used Spyder for its models. The designation was used for the first time for the 1953 550 and then for the 718, 904, 908, 909, 910, 917 and 2005 RS Spyder racing cars. The marketing department picked it up and used it for the 2010 lighter weight Boxster Spyder. And for the 2013 918 Spyder which is the heaviest Porsche sports cars ever. Go figure.

Targa
Following the Porsche's first overall victory at the 1966 Targa Florio road race, the abbrevation was used for the integrated rollbar open top 911 of 1967, As the 356 Cabriolet was discontinued in 1965, Porsche didn't have a full cabriolet until 1983 and during that time the 911/912 Targa and the 914 served as the open top models. The Targa has a removable roof panel and that's the reason 924's, 944's and 968's which were equipped with the large removable roof panel are sometimes called Targa's, too.
Tiptronic
Automatic gearbox with manual gearchange control. The first Tiptronic was introduced for the 1990 964 Carrera 2 and it had 4 speeds. Later 5-, 6- and 8-speed units have been used in different models. Tiptronic gearbox was important for Porsche marketing department in coaxing customers from Mercedes and other luxury car brands. Tiptronic is patented by Porsche. Audi has used Porsche's patent on its models from early on.

VarioCam
For the reason of cutting fuel consumption, Porsche created the variable valve lift technology in 1991. It was first used for the 968 models. The intake valve timing is varied by adjusting the tension in the timing chain.
VarioCam Plus
An advanced development of VarioCam that combines variable valve timing with two-stage lift on the intake side. The first Porsche engine to receive this was the 2001 996 Turbo.

VarioCam Plus© Porsche
VTG turbo
Variable Turbine Geometry means the turboscharger has blades that move depending on the engine speed. This way the main problem with the turbo engines, the turbo lag, is minimized. Porsche first used the VTG turbos in the 911 997 Turbo released in 2006. Porsche is not the inventor of VTG. Porsche is the first company to use VTG turbos in conjunction with gasoline engines where the turbine temperatures are higher than in diesel engines for which the VTG was developed in the 1990's. Thanks to space technology materials that can tolerate 1000° C temperatures, the VTG technology was adapted for the Porsche gasoline engine.

VTG turbo
How to pronounce Porsche. 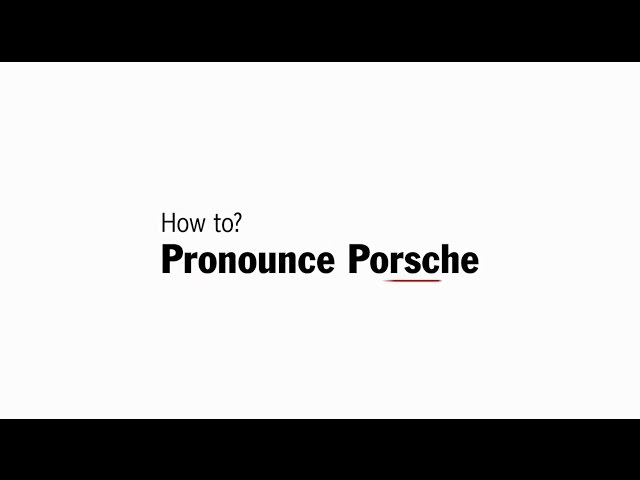 Carrera is a Spanish word meaning “race.” Porsche started using the name on the 356 series as an homage to Carrera Panamericana, a border-to-border race held in Mexico from 1950 to 1954. 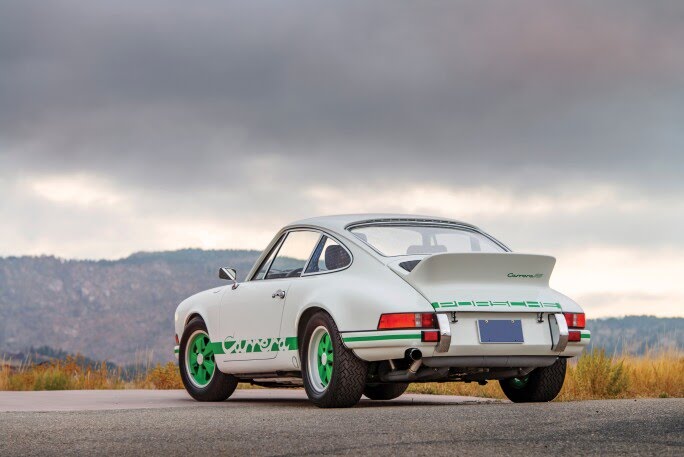 Although the ducktail has only officially appeared on a handful of Porsche cars, it is as iconic as the 911 itself. The Porsche ducktail spoiler, or ducktail wing, first appeared in the historic Porsche 911 Carrera RS 2.7 in 1973. In true German fashion, it was born out of function rather than form. 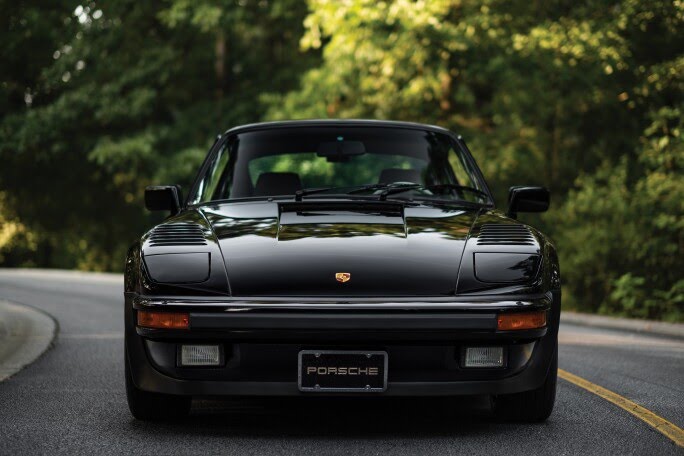 Porsche offered a Flachbau (“Flatnose” or “Slantnose”) 930 under the Sonderwunschprogramm (Special Order Program) beginning in 1981, an otherwise normal 930 with a 935-style slantnose instead of the normal 911 front end. 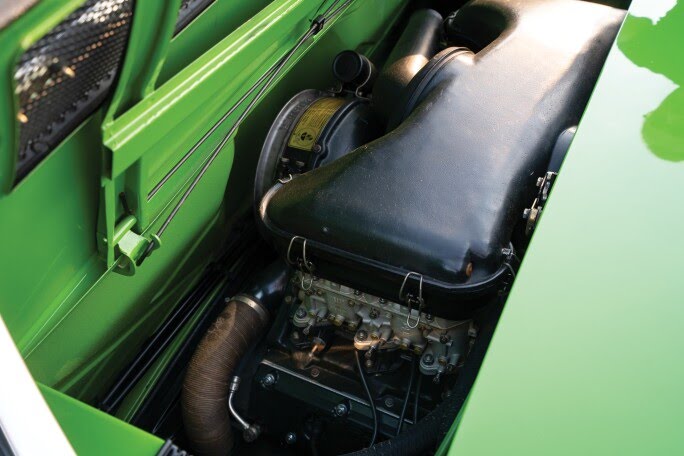 Porsche is the most prominent manufacturer of flat-six engine luxury sports cars. A flat-six, or a horizontally opposed-six, is a flat engine with six cylinders arranged horizontally in two banks of three cylinders on each side of a central crankcase.

Starting with the 993 generation, GT2s are the most powerful breed of 911. Focusing on extracting as much power from the engine while shedding as much unnecessary weight as possible, these cars quickly gained a reputation for being frighteningly fast. 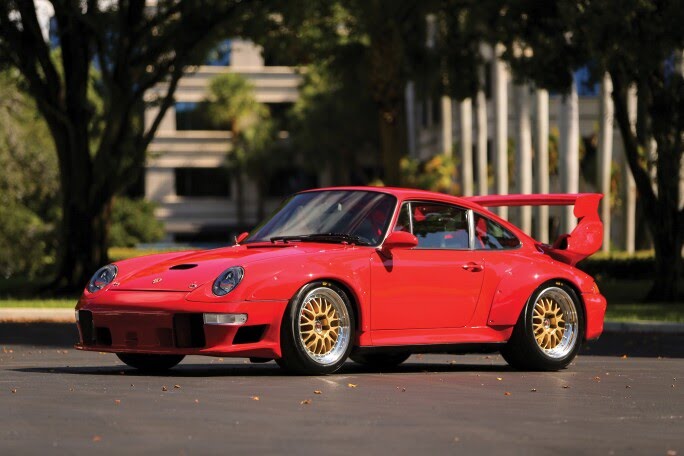 Introduced for the 996 generation, the 911 GT3 was conceived to allow the 911 to compete in the FIA’s GT3 class. These, and their more radical GT3 RS cousins, have quickly become the most desirable variants of the current 911 family tree.

The direct translation of “air-cooled.” The air-cooled 911 is the most desirable 911 ever made. The engines were air-cooled until the introduction of the Type 996 in 1998, with Porsche’s 993 series, produced in model years 1994–1998, being the last of the air-cooled Porsches.

Macan means “Tiger” in both Indonesian and Malaysian. Macan is the final name for the smaller SUV, originally rumored to be the “Cajun.”

Porsche Ceramic Composite Brakes. These can be fitted as options to most 911s, Caymans, and Boxsters to replace the standard steel rotors. It is standard on only the top-shelf models, like the 911 Turbo S.

Porsche Doppelkupplung. A seven-speed transmission with an automatic and a manual selection mode. 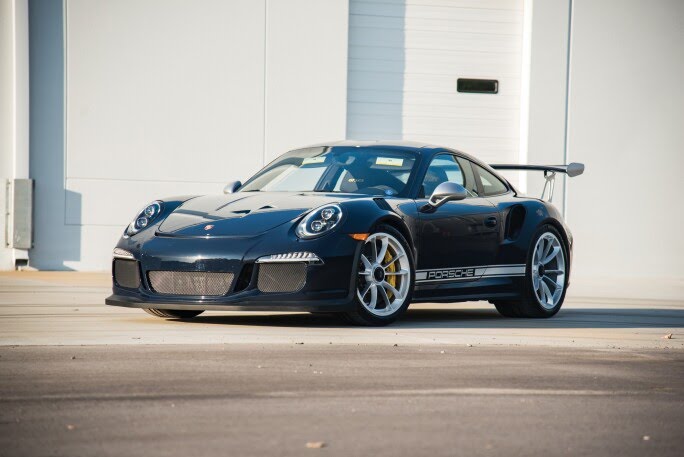 Paint to Sample, or “PTS,” refers to any out-of-range color used on a modern Porsche and is considered to be one of the most desirable options on a collectible 911, almost regardless of color.

RS stands for Rennsport, German for “Racing.” The first car to bear the letters was the 1973 911 Carrera RS. As Carrera means “Racing” in Spanish and Rennsport means “Racing” in German, the 1973 car can be called the 911 Racing (Carrera) Racing (Rennsport) in English. 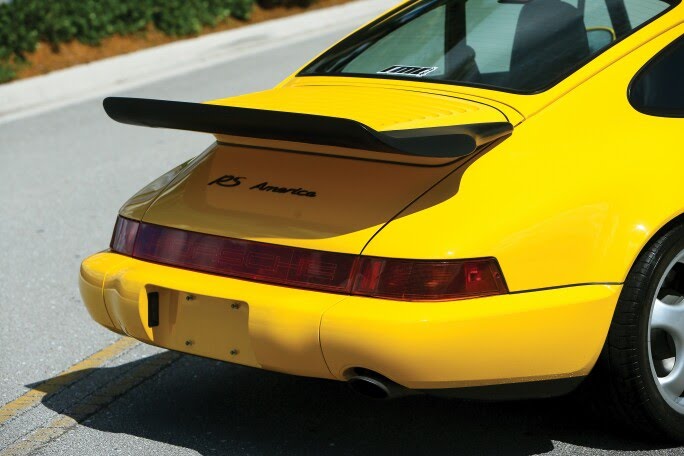 Sportomatic was a manual gearbox that used an automatic clutch function and therefore did not have a clutch pedal. For smooth take-offs, the unit was equipped with the hydraulic torque converter used in automatic gearboxes. 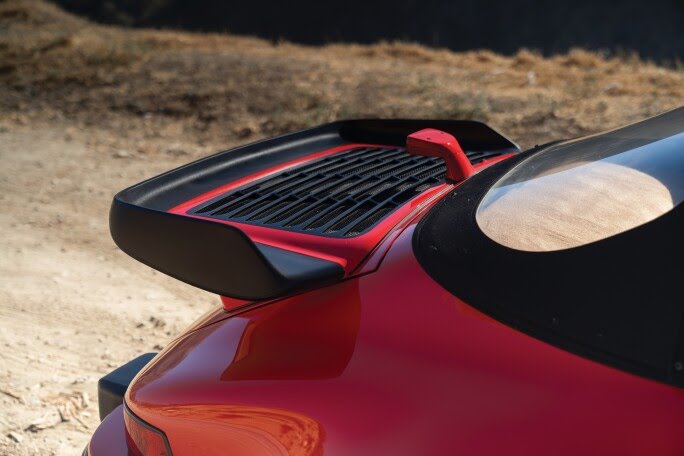 The 930 would switch to the “tea tray” design in 1984 as part of the 3.3-liter upgrade. With its upturned edges, the new spoiler was designed to accommodate the intercooler for the updated forced-induction flat-six. The tea tray wing would continue on the 911 Turbo throughout the 964-generation courtesy of the 964 Turbo 3.3 and 3.6, although the Porsche 964 Turbo S would revert to the whale tail style seen in the ’70s.

911s built from the 996 generation onwards with engines cooled by water.